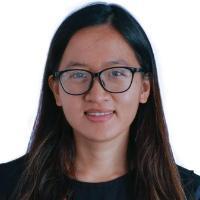 Van Tran is a Postdoctoral Researcher at the Nordic Institute of Asian Studies and Department of Political Science, University of Copenhagen. Her research focuses on contentious politics and digital cultures under authoritarianism in Myanmar and beyond.

She completed her Ph.D. at the Department of Government, Cornell University with a dissertation examining the resilience of public activism under repression, based on new qualitative evidence from Myanmar’s urban pro-democracy movement during 1988-2010. Using process tracing, her analysis highlights the agency of non-contentious bystanders, whose protection as well as disruption toward protesters ultimately influence movement durability.

“Social Media as Double-Edged Sword: The Evolution of Regime-Dissident Tactics in Post-Coup Myanmar” (with Megan Ryan)

“Changes in Digital Spaces in Response to Political Crises” (with Dr. Hilary Faxon)

“Activist Resilience against Violent Repression: The Role of Bystander Protection in the Burmese Pro-Democracy Movement”