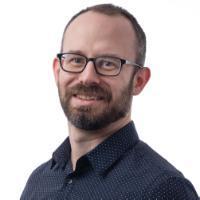 Derek S. Denman is a political theorist with interests in contemporary political theory, democratic theory, and postcolonial theory. In particular, his research focuses on the spatial dimensions of politics, including critical border and migration studies, the role of architecture and design in democracy, and the history of space, place, and scale in political thought.

His current research, Fortress Power and the Politics of Spatial Control, examines fortification as a technique of power. It asks how early modern fortress architecture informs contemporary practices of controlling movement and enclosing space. Through this genealogy, the project traces practices of fortification from military architecture to their applications in urban policing and border control and considers the implications of fortress power for democratic society.

Prior to joining the University of Copenhagen, Derek was a postdoctoral research fellow in the Department of Ethics, Law, and Politics at the Max Planck Institute for the Study of Religious and Ethnic Diversty in Göttingen, Germany. He received his PhD in Political Science from Johns Hopkins University in 2015, and served as assistant editor at Political Theory from 2012–2015. He has reviewed manuscripts for Contemporary Political Theory, Perspectives on Politics, Political Theory, and Pluto Press.