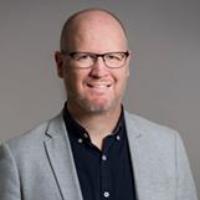 Lars Tønder is a political theorist with a special interest in democratic theory, civil society, climate change, and political philosophy.

He is a member of the Political Theory Research Group, REGROUP, Centre for Anthropological, Political and Social Theory (CAPS), and the Emotions and Public Affairs network.

The main purpose of Lars’ research is to examine democracy in the context of political contestation, social movements, and climate change. He is the principal investigator on two 3-year research projects (2021 – 2024), both funded by the Independent Research Fund Denmark:

In addition to these projects, Lars has written on issues related to power, tolerance, free speech, pluralism and democratic culture. He has been the PI on research projects related to liberalism and the role of reason and affect, and he has published a series of articles and chapters on the role of satire, laughter, and “comic politics”.

Lars is the co-editor of Radical Democracy: Politics between abundance and lack, and his book Tolerance: A Sensorial Orientation to Politics was published with Oxford University Press in 2013. His most recent monograph Om magt i den antropocæne tidsalder: En introduktion was published with DJØF Forlag in 2020.

Lars has twice been a visiting fellow at the École Normale Supérieure Lettres et Sciences Humaines, Lyon, and once at the Alice Kaplan Institute for the Humanities at Northwestern University. His dissertation won the 2007 American Political Science Association Leo Strauss Prize for best dissertation in political philosophy. In 2016, he was the recipient of the Department of Political Science’s Teaching Award.