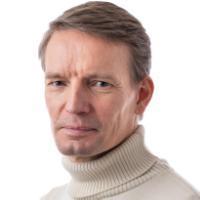 I have recently finished a book manuscript entitled Democratic Respect: Populism, Resentment, and the Struggle for Recognition (forthcoming from Cambridge University Press). The book is about how democracy should recognize the people. The debate over the meaning and value of populism is essentially a debate over this question. Populism promises to provide the people the recognition that they deserve. We should not understand populist resentment as blindly emotional but as a struggle for recognition based on moral experiences that can be explained by people’s beliefs. By adopting a participant attitude and associating populist resentment with alleged violations of democratic principles, we can discuss what citizens and governments owe one another in terms of recognition and respect. Not all struggles for recognition contribute to the deepening of democracy, and we must distinguish between different kinds of recognition in order to understand why populism is often a threat to what I call democratic respect. How democracy should recognize the people relates to debates over the meaning and value of democratic procedures, rights, majority rule, compromise, and public deliberation. The book disputes the widespread assumption that populism is essentially democratic and only against liberal constraints on majority rule. The shortcoming of populism is not that its understanding of democracy lacks substantive constraints, but that it fails to appreciate the procedural value of democracy.