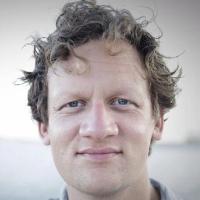 I am a political theorist specialized in in global justice and critical theory.

In my PhD dissertation I investigate, which conceptual, methodological, and theoretical resources we can derive from the Frankfurt School tradition of critical theory for addressing the question of global justice. I am currently working on a draft of the dissertation for publication as a book.

In my postdoc project, I focus on the constraints that globalization and international cooperation is sometimes claimed to impose on democratic self-determination within the nation-state. A short description of the current state of the project is given below.

2016 was marked by momentous political shocks to liberal-democratic norms and the postwar international order. We now find ourselves confronted with the question, whether Brexit, Donald Trump and the seemingly unstoppable rise of right wing populism across the West heralds a new era in Western political life. A central and recurring theme in these dramatic events has been the perceived conflict between national or democratic sovereignty on the one side, and globalization and international cooperation on the other. This conflict has been most obvious in the British Leave campaign’s claim to “take back control” by taking the UK out of the EU, and in populist opposition to the EU across the European continent, but it also resonates in Trump’s call to roll back globalization and restore America to past greatness.

This project addresses the perceived conflict between democratic self-determination and global economic and political integration by asking, whether certain aspects of globalization and international cooperation really do impose illegitimate constraints on existing frameworks of democratic self-determination, and if so, what the exact nature of those constraints is, and what can and should be done about it.

The project discusses views advanced by Johann Gottlieb Fichte, Carl Schmitt and Wolfgang Streeck on the primacy of the nation-state, and views advanced by Marx and Jürgen Habermas, amongst others, on the need for democratic self-determination to reach beyond the nation-state in a globally organized capitalist economy. On this basis, the project develops an argument that certain aspects of economic globalization. – in particular, global capital mobility and finanzialisation – structurally disempower existing frameworks for democratic self-determination. Such globalization-driven democratic disempowerment is in its principal form conceptualized as a structural violation of the legitimacy of existing democratic institutions, in that it structurally undermines their institutional efficacy. Moreover, the project argues that one modality of globalization-driven democratic disempowerment is found in certain forms of international cooperation, in which decisions about the organization of social and political life are lifted out of the hands of democratically organized political communities and into those of technocratically organized institutions and dispute settlement bodies.

This provides the backdrop for an interpretation and critical assessment of the recent populist attempts to “take back control” or roll back globalization as, indeed, in part reactions by electorates to the experience of globalization-driven democratic disempowerment. However, the project argues that these moves are either directly counterproductive or worrying attempts to take the international order in the direction of Fichte’s and Schmitt’s disturbing and deeply problematic visions, and that a more attractive path would lead to an increase in the democratic legitimacy of existing international institutions, such as the EU.