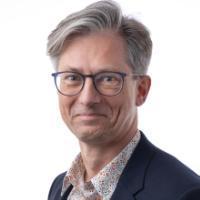 Anders Berg-Sørensen is Associate Professor in Political Theory. He is interested in questions of democratic hope and despair.