The Political Theory research group at the Department of Political Science aims to broaden the study of political theory in the areas of political science and the social sciences more broadly. Our research spans a variety of traditions in both the history of political thought and contemporary political theory, and it covers a wide range of issues, including empire, secularism, democracy, ideology, tolerance, freedom, and inequality. 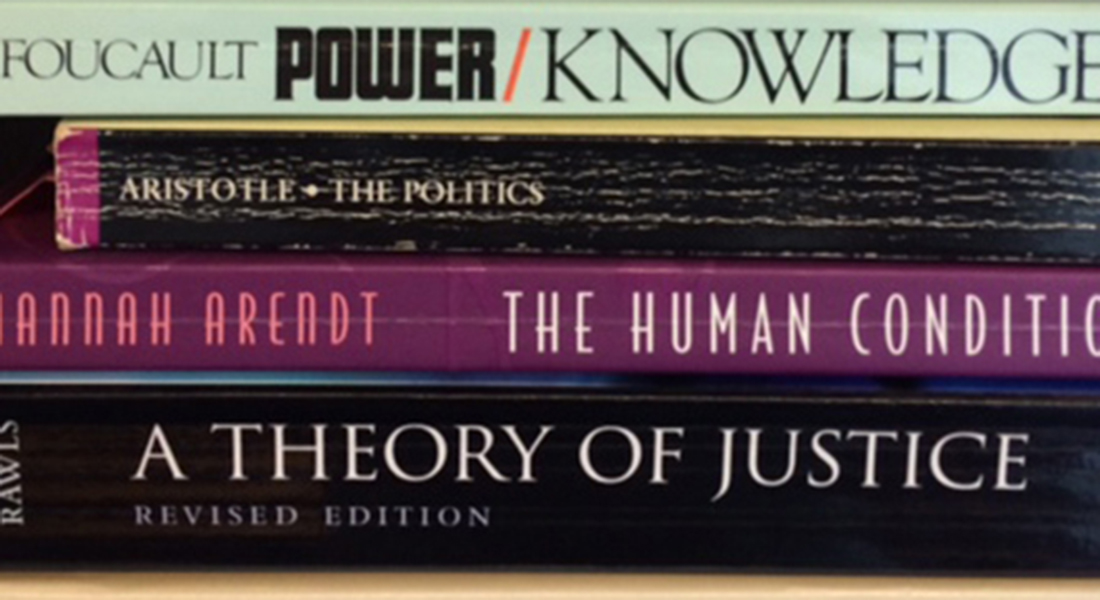 Here you will find relevant publications, newspaper contributions and other relevant appearances by researchers affiliated with the Political Theory-group.

The core subject in Political Theory is designed for students with a special interest in the theoretical, normative, and philosophical aspects of politics. The core subject is part of the MSc program offered by the Department of Political Science, and it encourages and trains students to theorize and analyze normative issues in close dialogue with the political realities of disagreement, conflict, and power.

By specializing in political theory, students obtain key analytical skills to interpret and evaluate concepts and ethical dimensions of relevance to society today, both at the domestic and the international level. It is the shared ambition of the Political Theory group that our research and teaching is problem-driven and relates abstract theorizing to important, real political challenges.

Political theory enables students to carefully reflect, construct, and defend arguments on highly contested issues. A specialization in political theory provides students with abilities that are in high demand, such as; advanced analytical skills, mastery of problem-solving, logical skills, combined with deep a understanding of challenges of the contemporary world. The skills obtained through a specialization in political theory are transferable to a wide variety of job opportunities in consultancy, politics, public administration, and academic careers.

The quotes below from students and employers testify to the value of political theory both within and outside academic life.

The ability to make the world clear and comprehensible is an ability in high demand. A lot of people would deliver such clarity in the form of tables and value-chains. Sometimes such tools are useful. Political theory has enabled me to grasp and analyze the more quirky aspects of human life. The human need and drive for such things as greatness, recognition, community, enemies, trust, protest, violence, evil and generosity. Such needs could never be understood through statistical reporting. This does not render such reporting useless, but it does underscore the importance of political theory.

My background in political theory has given me the capacity to understand an institution like the Police Academy in a historical and theoretical context. When you speak to police officers who take part in large security assignments the meaning of Hobbes’ idea of the state of nature is all of a sudden made concrete. Webers’ idea of the state as an institution with a legitimate monopoly on violence is materialized in the police institution. A master’s degree focused on political theory and the history of ideas has provided me with a valuable foundation of theoretical and historical knowledge, allowing me to introduce students at the Police Academy to the normative ideas that are fundamental to a democratic society, and therefore also to the police as an institution.

Candidates with a solid background in political theory has a natural place as teachers at the Police Academy. It is crucial that the students meet teachers who are able to connect everyday concrete assignments in the police to the overarching political and ethical values on which modern Western democracies are build.

It is a serious misunderstanding to believe that a university degree should be focused on employability. The candidates we receive who have chosen to focus on practical considerations such as fitting the job-market always fall through. We need – and we are not alone – critical and theoretically skilled candidates, candidates with depth. We need those candidates who studied with no other purpose than to understand. Trends rise and disappear on the job-market; theoretical depth and overview will always be the very core of a good work life.