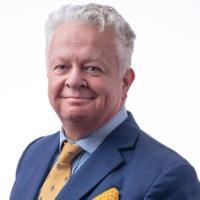 Peter Kurrild-Klitgaard (born 1966) is (since 2006) Professor of political theory and comparative politics at the University of Copenhagen and course coordinator for Danish & Comparative Politics 2.  He initiated and was the first Director of the Dept. of Political Science's Centre for Voting and Parties and has held visiting appointments at a number of universities, including Cambridge, Columbia, New York and Oxford.

Kurrild-Klitgaard has for many years been spearheading the use of rational choice models in the study of politics.  His primary fields of interest are constitutions, electoral systems and political economy.

Kurrild-Klitgaard is, i.a., recipient of the University of Copenhagen's Teacher's Prize (2007) and Teacher of the Year in Political Science (2007), Fyens Stiftstidendes Researcher of the Year (2003), and has been elected, as the first Danish political scientist, a member of the European academy of sciences, Academia Europaea, as well as a Fellow of the Royal Historical Society and of the Society of Antiquaries (UK).  He is a Knight of the Danish Royal Order of the Dannebrog (2017).

Kurrild-Klitgaard is a public intellectual and has for many years been a columnist for the daily Berlingske Tidende.  The daily Politiken has for years included him as one of the 100 most influential Danish opinion makers.  He is frequently used as a commentator on Danish politics--including by international media such as The Wall Street Journal, The Washington Post, The Times (London), Le Monde and Bloomberg.