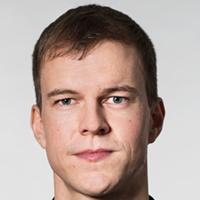 Climate change is the defining political issue of the 21st century. However, despite the fact that we are aware of the seriousness of the climate crisis, global climate change is physically a rather abstract phenomenon that we cannot directly observe. Generally, we encounter climate change in two ways. First, we experience the local manifestations of climate change in the form of more extreme weather. From a opinion formation perspective personal experiences with unusual temperatures, heatwaves, droughts, floods, storms, etc. constitute a direct and unfiltered resource of usable information about the climate.

The second way in which we encounter climate change is through the media's coverage of the climate crisis and their narratives about the weather and the climate. It is from the media that we get information about the dramatic global consequences such as the melting of Arctic sea ice and Greenland's ice sheet and the unstoppable wildfires in the Amazon, Australia, and California. The media also articulate when the local weather is unusual and extreme, or even record-breaking, and often the potential connection to climate change is mentioned. This has both direct influence on our climate opinions and it can activate our personal weather experiences as a relevant source of information and enhance their political effects.

In my PhD project, I use quantitative methods to investigate how climate-related political opinions and behaviour in Europe are affected by personal weather experiences, by the mass media's coverage of the climate crisis, and by interactions between these two factors. The project is supervised by Kasper M. Hansen.