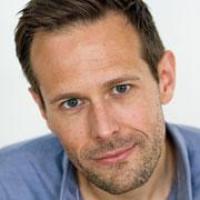 My primary topic of interest has been in generalized social trust – trust in other people we don’t know – which is often thought to be an important civic attitude underpinning a well-functioning democracy. If people trust unknown others, they are also likely to act more civically – e.g. pay taxes, recycle, or volunteer – with positive consequences for society as a whole.

I have, inter alia, examined the consequences of ethnic diversity for social trust, which embodies the larger question about whether social cohesion of Western societies is threatened by increased immigration by people with different ethnic background. I have analyzed this question in the primary school setting, as well as in municipalities and in the immediate neighborhood, where people live (the latter two together with Kim Sønderskov). The findings vary between contexts. I find no effect of ethnic diveristy on social trust in the school setting, but find negative effects of diversity in municipalities and in the immediate neighborhood.

At this point, studying how the micro-context of residential areas form social and political attitudes is the main research research project that I am working on (together with Kim Sønderskov and Bolette Danckert). The project is based on detailed register data from Denmark, which offer unique opportunities for examining the role of the micro-context in shaping attitudes.

Political behavior and attitude formation including:

I primarily teach Political Behavior and Methods at both the B.Sc. and the M.Sc. level. I also supervise Ph.D. students and M.Sc. theses.