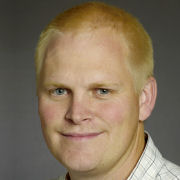 Kasper M. Hansen is professor of political science. His research focuses on applied research in democracy, deliberative democracy, elections, referendums, public opinion and alternative methods for public consultation. He teaches public opinion, statistics, research methods, and comparative politics. In 1998 he was a visiting fellow at the University of Bergen, in 2001 at Stanford University, in 2007 The Australian National University and in 2010 at European University Institute (EUI).

His current project involves a public opinion project set out to understand the effects of political information and arguments on a national representative sample. This study is conducted as a large national survey experiment with competing frames. This project is funded by the Danish Social Science Research Council. Hansen is also part of the research team conducting the Danish Election Surveys.