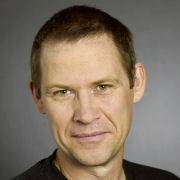 During leave from the a position in the Danish Parliament in the first part of the 1990s he carried out his Ph.D.-project on the standing committees of the Folketing, funded by The Danish Research Council, published under the main title, Arenas or Actors? (Copenhagen:SL Books). In 1997 he left Parliament to take up a position as Associate Professor in the Department of Political Science at the University of Copenhagen. Here he acquired a doctorate in 2005 for his work, along with Arenas or Actors, on, two monographs, The Party Groups in the Folketing (Copenhagen: DJØF Publishing, 2002) and The European Affairs Committee (Aarhus: Aarhus University Press, 2003). The two books were written on the basis of research projects funded by, respectively, The Danish Research Council and The Danish Democracy and Power Study. Having been Director of Studies at the Department of Political Science, University of Copenhagen, from 2006 Henrik Jensen resumed parliamentary research in 2010. He has published two monographs, The Finance Committee - behind Closed Doors (Copenhagen: DJOEF Publishing, 2014) and Minister - between Ministry and Folketing (Copenhagen: DJOEF Publishing, 2018). The five mongraphs identify and analyze – from an insider perspective - key parliamentary decision-making and power relations that to a large extent have not been accessible to the public or have not formerly been analyzed in depth by political scientists. The books are written in Danish, making them easily accessible to interested Danish politicians and politically interested Danes.

Henrik Jensen has also published in other fields including a monograph on Max Weber and Emile Durkheim’s methodologies (Weber & Durkheim - a Methodological Comparison, London/New York: Routledge, 2012).

Henrik Jensen is a member of the steering committee for the Center for Voting and Parties, Department of Political Science at the University of Copenhagen.