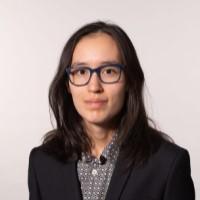 My project investigates how the technical features of digital technology are imbued with power, and how this leads private technology companies to act like states in an international system. I use the Copenhagen School of security studies to translate the “code is law” concept from Internet legal studies to International Relations. Just like the laws of physics, computer code sets absolute constraints on what is possible in cyberspace, but it is written by humans and is therefore intensely political.

The empirical study examines Apple Inc. on the issue of digital privacy. It maps how Apple and the cyber actors that surround it destabilise each other through technical changes and innovations. The latter are likened to securitising speech acts which attempt to break from the established cyberspace order.

The project is supervised by Katja Lindskov Jacobsen and Ole Wæver.

Prior to joining the University of Copenhagen, I obtained an MA in International Relations (2019) and a BA in International Relations and the Turkish Language (2017) from Inalco (the French National Institute for Oriental Languages and Civilisations), where I also studied the Urdu and Pashto languages. I additionally worked from 2016 on as a freelance technology reporter for French news outlets including Numerama, FrAndroid, and Le Figaro.

Broader research efforts are focused on combining the thoughts of Jacques Derrida (deconstruction) and Bruno Latour (ANT); exploring the roots and ramifications of securitisation theory; and interrogating the role of absolute material constraints in foundational IR concepts such as sovereignty, anarchy, and the international system itself.

My side projects additionally intersect with intelligence studies, Waltzian realism, and the study of gender, queerness, race, and disability.