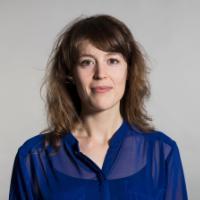 Larissa Versloot is a Postdoc at the University of Copenhagen. Her research interests are in multilateral cooperation, diplomacy and informal decision-making in the European Union.

Her research focuses on the concepts of trust and distrust in the field of International Relations, more generally, and how trust is maintained in diplomatic practice more specifically. Making use of qualitative methods (fieldwork, interviews) she investigates the workings of trust and distrust in informal decision-making in the EU, primarily in the realm of its common security and defence policy.

Larissa has a background in teaching at the bachelor of political science and master of International Studies at the University of Amsterdam and Leiden University (both The Netherlands). In Copenhagen, Larissa has supervised master theses and has  coordinated and taught two MSc. courses: Trust and distrust in International Relations (15 ECTS) together with Niels Byrjalsen, and Diplomatic practice and coalition building in the EU (7,5 ECTS). Having worked in diplomacy and for various think tanks, Larissa actively tries to bridge the gap between academic insights and the practical reality of diplomatic decision-making.

Larissa has received a UACES scholarship to conduct fieldwork in Brussels and has received a Fulbright grant for a semester exchange at the School of International and Public Affairs (SIPA) at Columbia University, New York.