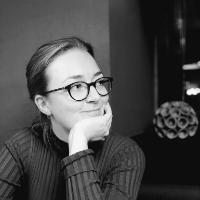 My focus as a research assistant is on Arctic security studies, the Kingdom of Denmark as an Arctic player and the unity of the Danish Realm. The ways in which global challenges such as climate change, increasing great power competition and border-making play out in the Arctic have drawn me to the region. In my master thesis I researched the interplay between the UN Law of the Sea, the geophysical burden of proof and political demands of a maximized claim from the Kingdom of Denmark in the Arctic Ocean.

I also have an interest in migration studies and the media’s portrayal of migration movements. My theoretical focus is on securitization theory, critical security studies, (critical) geopolitics and feminist approaches to IR.

I have a master degree in Political Science from UCPH and an MA(Hons) in International Relations and Arabic from the University of St Andrews.